We played in Maryville which is a little southwest of Knoxville in eastern Tennessee.This is Appalachia, the Smoky Mountains. Jennifer Espinoza and her mother Mary came from San Anonio, Texas, and it was a pleasure getting to know them.

The venue was The Shed where more than a few musicians have performed. Groups like The Marshall Tucker Band and Leon Russell. July. Hot. I was soaking after the set. 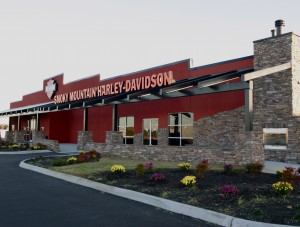 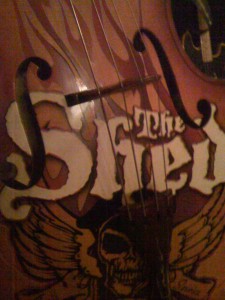 Jennifer Espinoza was our singer this last weekend, and after a somewhat shaky start, she did just fine. Singing our set is not easy no matter who the singer is, and then we don’t rehearse, so the new vocalist has to learn the whole songlist from a CD. We show up and do a sound check and away we go. Can you imagine how nerve wracking this would be? OK, now imagine that you’re eighteen years old. Would you be terrified? I salute this woman’s courage and talent. 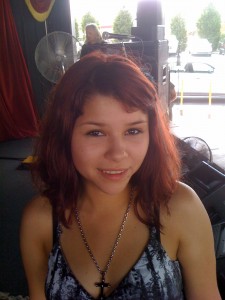 Ben Nieves and I try to add a little arranging detail every time we play. it adds up. 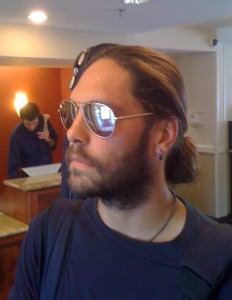 We didn’t do Women Is Losers, but we did every other song on this list. 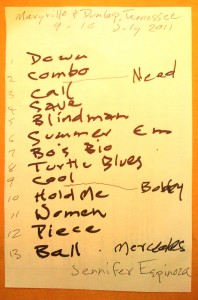 I went to Kubasaki High School in Okinawa, Japan, and we called ourselves The Dragons. The “dragon” here in Maryville has a different meaning. This is a stylized rendering of Thunder Road, the moonshiner highway of legend. 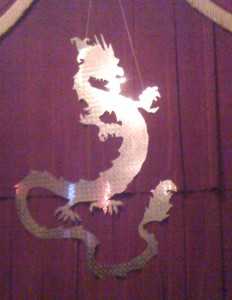 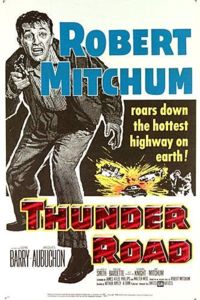 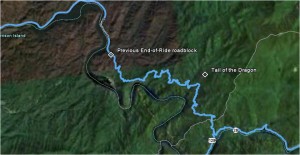 This skull was on a table in the green room at The Shed. It looks like an old friend that i have painted and drawn many times. We have a slightly larger version of this in our living room. 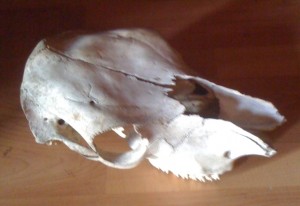 My friend Frank has an SSR, so to see this red one in Maryville was a treat. This is GMC’s version of a hot rod. They mixed and matched, putting one model’s body on another model’s chassis. Frank says the real drawback, though, is that they don’t make parts for these hybrids, so if you have an accident and need a new fender, you have to light a fire and fashion one for yourself. 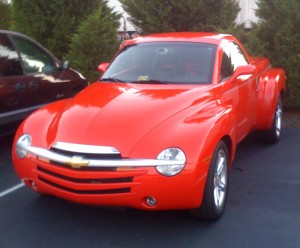 The next day after playing at the Shed on Saturday, Ben drove us West and South to Dunlap in middle Tennessee near Chattanooga to an interesting place called The Mill, owned and operated by A.J. Jones, a polymath, who has been a composer, bass viol player, archaeologist, historian. A.J.’s place, The Mill, was a Confederate AND Union hospital in the Civil War and Ulysses S. Grant was here with some of his men. 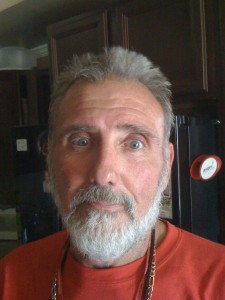 A.J. showed me a few treasures that he had found in the walls of The Mill. This is from a book that had been wedged in there. 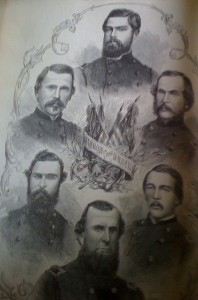 This is a Cherokee spearpoint that A.J. found near the house. 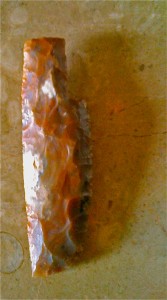 He also found the remains of a soldier and this ribbon was on the body.

Projectile points from around The Mill. I found one of these once at my grandfather’s place in Devine, Texas. A “Commanche arrowhead.” 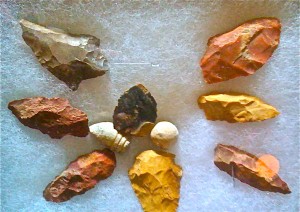 A.J. found these too. This is what marbles looked like when Samuel Clemens was a boy. 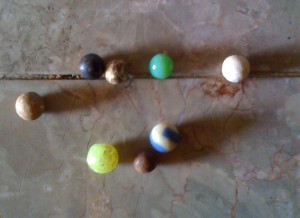 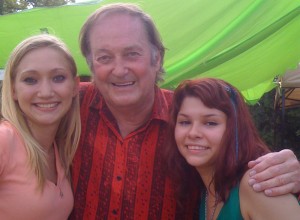 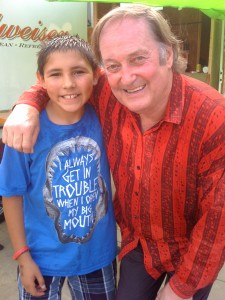 Goodbye and I’ll see you soon. 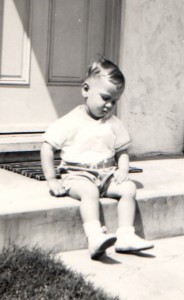