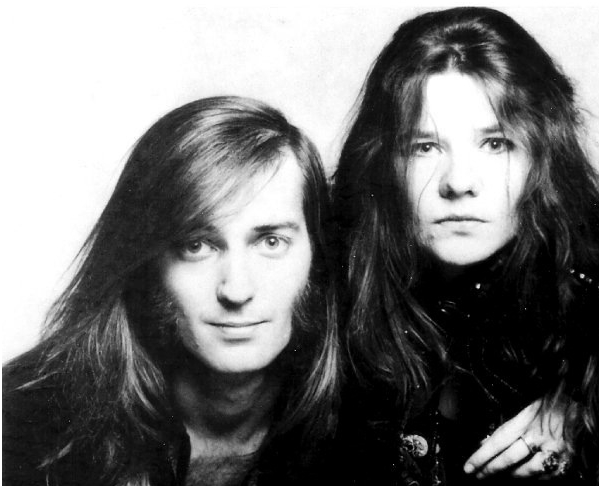 Remember the day when Otis Redding died? You called me and your voice was trembling. I had never heard you like that before and you seemed so forlorn. We met at your place and played all of Otis’ records. It was a good night because we honored the man but now and then you would get a troubled expression on your face and I knew that you wanted him to still be there and that you knew he could do so much more if he had only lived.

Well, guess what, Janis? Tonight I am sitting here with a glass of wine in my hand after playing a song that we wrote together a long time ago. I am thinking a lot of you and it is making me happy, but, you know? There may be a slightly troubled expression on my face. You were a good friend to me and I wonder what you would be doing if you were still here and playing your music. I know one thing for sure. We would be laughing a lot right now. You were one of the funniest human beings I ever knew. You had a way of expressing yourself that was original, picturesque and Texan, raw and wry. You always sounded like home to me.

What about that time our band Big Brother and the Holding Company was backstage at the Fillmore doing a photo shoot? Remember that? I was playing a Stratocaster through a small tuning amp and you were opening a bottle of champagne. I think we were actually writing a song at the same time, one that we played together for a long time. You weren’t doing such a great job of opening the bottle though. The cork flew out of the bottle neck and bounced off the guitar neck. The lost cork playing the lost chord. We found a new lick that day. I still have the photographs from that session and even see one in a book now and then. There is champagne all over the floor and we are all laughing as hard as we can. God, that was a fun session. One of those days when everything seems right.

I liked the jazz standards that we did together and would have loved to do an entire album of them just for a pleasant sidetrip. We only had the chance to do Summertime and Little Girl Blue but they turned out rather well, didn’t they? You really were on your way with Little Girl Blue. That night at Columbia studios in New York when you got the phrasing right and made the song your own in such a strong and tender manner was a chilling experience. Suddenly I realized that you could sing anything you wanted to and that you could probably sing it really well. This made me want to find an aria from one of the great operas and hear you interpret something in a bet canto style. Later I adapted one of Donizetti’s beautiful songs Una Furtiva Lacrima for Big Brother and we actually performed the tune for a couple of years. Every time we did I wish you could have been singing it with us with all of that power and style a la Joplin.

Well, Janis, I have just returned from Santa Barbara where I played with Peter Lewis from Moby Grape and John McPhee from the Doobie Brothers. We had a good time. Peter really writes some quality songs and he has a classic voice. John is a perfectionist, totally unassuming and a lyrical guitar player with a great ear. Remember when he was in Clover and they used to open for us? Huey Lewis was in that band and he was just the harmonica player. Alex Call was the singer. We have done a couple of projects together. I remember that Clover’s road manager used to try to get fifty dollars for them when they were playing with us. Fifty dollars for the whole band. I think I helped him once and they seemed so grateful. Then Huey went on to make gazillions with Mario Cipollina and friends. Life is funny. You should have stayed around to check it out and laugh at it a little bit. Where are you, Janis?

Oh, yes, I almost forgot. Peter reminded me of one date when Moby Grape and Big Brother were playing at the Fillmore and you had a crush on Bob Mosely who was a great singer and who looked like a blonde surfer boy­dude from Southern California. You chased him all the way out on to the fire escape a couple of floors above the street and had him cornered. Peter says you almost shoved Bob over the side. You totally intimidated the man and he was not usually intimidated by anyone.

You were a strong woman, my dear, and I will never forget you. You came into our black and white lives and they instantly turned to color. You were my best friend and I will always love you. We learned a lot together and even better we laughed all the time. Even when any sane person would be crying. I miss you every day but not in any tragic way. It’s more like I feel lucky to have spent the time with you that I did and to have had a woman friend like you.