We drove into the Rockpile parking lot and there on the sign was “Big Bother.” Years ago, I named the band Big Bother and the Folding Company, so when we saw this sign, we said, “They finally got it right.” I like how the ‘R’ is even a little corroded. A nice touch. 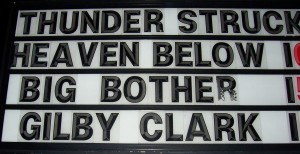 Victor Fernandes came to this gig. If they ever do a remake of Rebel Without A Cause, here is the principal cast: Teressa as Natalie Wood, Ben as James Dean, and Victor as Sal Mineo. 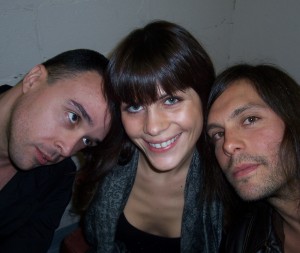 Dave and Peter in that special Toronto light. 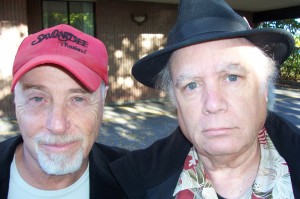 Teressa is from Rochester, talented, sweet, Ben’s in love with her. 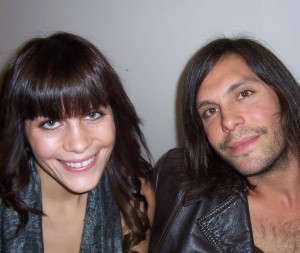 Six feet, four? No, I don’t think so. I would never fit in those airplane seats at that altitude. 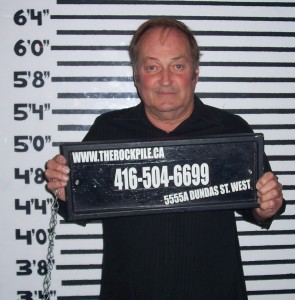 Teressa is from Rochester. Ben met her there while he was doing Love, Janis. 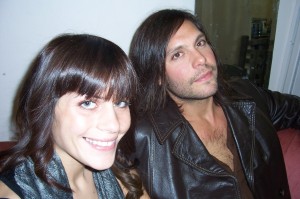 Rochester, New York could not have been more different from Toronto. There is a beautiful museum there where they have “one of everything,” as the Marlene Hamann-Whitmore observed to me, and so they did. There was one Rembrandt, one Rothko, one Rockwell, and so on. A very beautiful place with beautiful people. This was a celebration of an installation of psychedelic art. So our set took on a sacramental quality. We all felt a glow from being in this place.

Peter Albin and I flew to Paris on Monday 18 October and fetched up in a hotel in the XVII arrondissement, just outside the péripherique, the belt loop that runs all around Paris. This hotel reminded me of one we had in Athens. Funky, gritty. I walked every morning a couple of miles to La Place Clichy and did some drawing. This is the way the Place looked in 1870 or so. 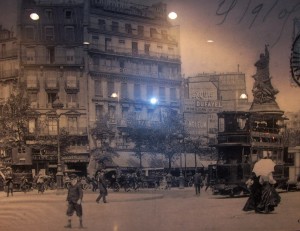 My brother Bill and i once lived in rue Legendre. i tried to find our apartment building but could not. Long time ago. 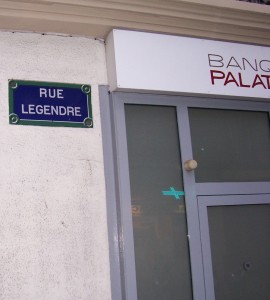 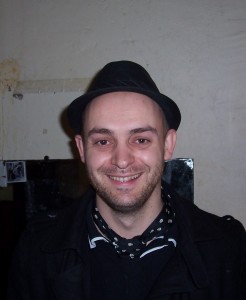 The windows in my hotel room would not open, so the air in the room was stale and recycled, and I think I knew I was catching something. That little man was giving it to me. 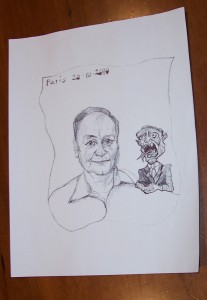 Thiis drawing, done on the second day in Paris, is a man catching the flu. 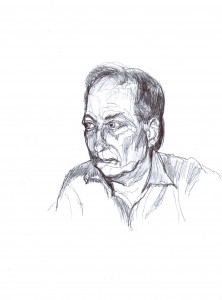 Mary Bridget Davies, Ben Nieves and Jim Wall arrived in Paris on Thursday 21 October, and performed the very difficult feat of playing that same night. We were supposed to play at New Morning, a club that I love, but there was a venue change to La Boule Noire. 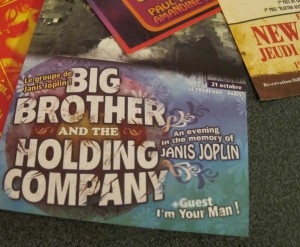 Dominique Bérard was our man in France, and it was such a pleasure to travel with him. He’s a funny man, fearless, honest. He went to the Sorbonne to study English literature, as I did to study French literature, so you could say we were schoolmates, somewhat separated in years. 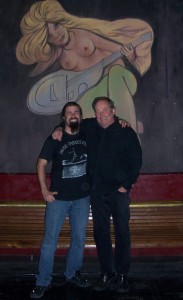 Fortunately, the Paris event at La Boule Noire was a smashing success. The band took off at top speed, aided in no small measure by the drumming of Jim Wall, another Love, Janis musician. Jim’s playing was miraculous. His time is impeccable and non wavering and he kept up a series of accents that pushed the band along, always adding to the charge, always inflaming the music. 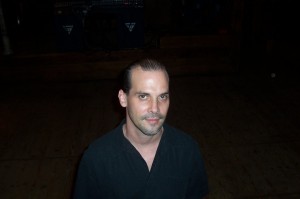 Peter and I played with Jim Wall in Buffalo a few years ago. Ben brought him to us, so, on this French trip, we had three Clevelanders along: Mary Bridget Davies, Ben Nieves and Jim Wall, and, I have to say, there is a very good chance that this was the best Big Brother, ever. The shows were high flying, fluid and fast. There was a sense of celebration here. High energy. 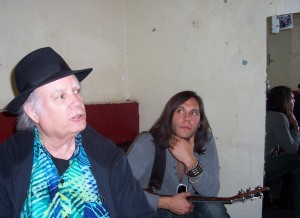 I did an interview in French with this TV crew and I didn’t really get into the flow of it. I was trying to say something original about Janis and to honor the fortieth anniversary of her passing, but just couldn’t quite get it right. I wish I could do that interview over again, but maybe they found something useful. I hope so. 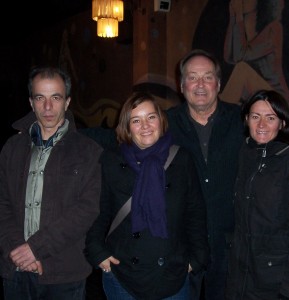 Alain Bertrand came with his wife Marie Odile to La Boule Noire and brought me a beautiful prospectus of his Cuba paintings, which are marvelous in their detail and sense of humor. Merci beaucoup, Alain, you are so unbelievably talented and industrious. Marti and Phil Demetrion came to this gig with their Cuban friend, Jorge Masetti, who brought Peter and me his book The Pirate’s Den and inscribed it thusly: “Paris 10/21/10 a Sam, con todo el afecto. Muchas gracias por toda esa buena música.” I read the book on the way home and it is a gripping account of Jorge’s years as a “secret agent for Castro.” 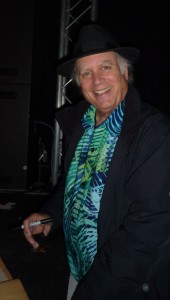 Alison Benoit came to La Boule Noire. She and I knew each other so long ago in the days of the Haight. Alison is completely Parisian now. 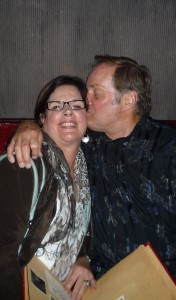 So, we leave La Boule Noire and Paris. 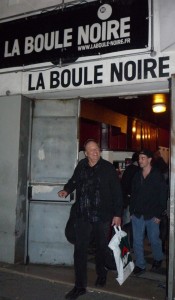 The next day, Friday 22 October 2010, we drove east to Saint Dié, a beautiful town in Lorraine. My mother’s people are from Alsace very near here, so I thought a lot about how they left this beautiful place in the 19th century and traveled to arid, stark south Texas, which must have been a very dramatic change. They were southern Germans, really, Catholic, dark haired and used to a very fertile land. I can’t imagine how hard they worked to make it in Texas. 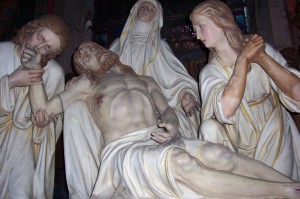 Saint Dié is an amazing place. For one thing, America was named there. I strolled around the cathedral and happened upon the spot where, in 1507, there was an imprimerie, a printing shop, where they were publishing maps of Asia, Europe, Africa, and a new land that they needed a name for. They knew the work of Amerigo Vespucci and so they arbitrarily decided to name the new continent for him, right in that small town, Saint Dié. Our hotel was called Le Globe and its breakfast room was named Amerigo Vespucci, which puzzled me until I happened on this sign. 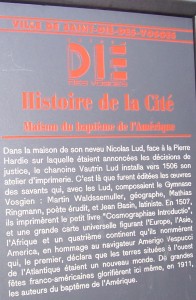 Let’s see, on 13 March 1944, I was a little over two years old. If I were a Jew and I lived in this town, I would have been “assembled” with other coreligionists and been deported from this very cathedral square. I paused a long time at this sign. The history of humans is one long narrative of cruelty, madness, and savagery. Are things getting better? Tell me. 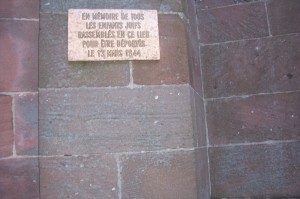 Véronique had heard us in Paris at New Morning the last time we played there and she wanted to bring us to her town, Saint Dié, and she did it. She put us in the very beautiful Espace Sadoul, as beautiful as she is, and she created a wonderful engagement for us, on Friday 22 October 2010. 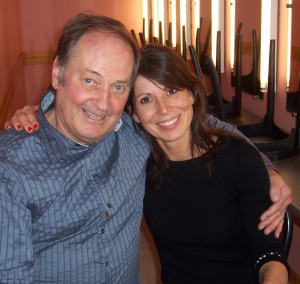 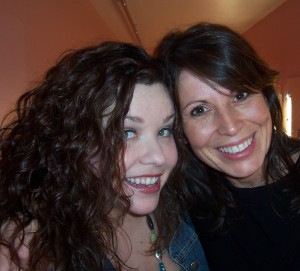 The next day, we drove all the way back to Compiègne, an hour north of Paris. Compiègne is the town where France signed the treaty with Germany at the end of World War I. This was seen as a defeat for Germany, so naturally at the end of the Second Unpleasantness, Hitler saw to it that France would give herself over in this same town. There is a famous film of Adolph dancing the jig at this event, but it was doctored to look like that. He only did a little two step, so they edited the film back and forth to make a Hitlerian victory dance. 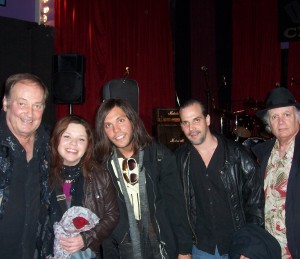 We played at Le Ziquodrome in Compiègne with the Marchal Brothers who were a strong unit. I liked the way the singer talked to the audience. I think I see Mary Bridget back there monitoring my armpit. (That must have been a fun place to be.) 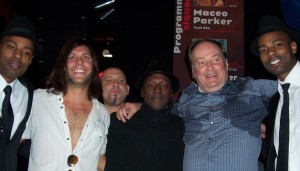 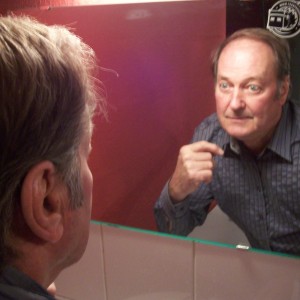 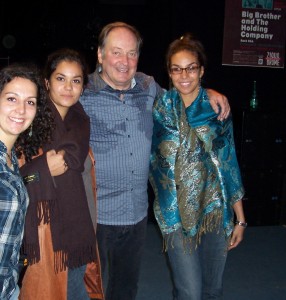 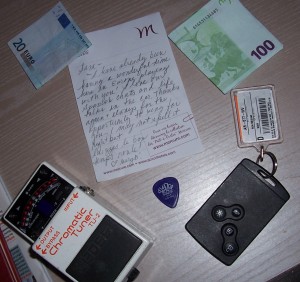 We drove away from Compiègne, me in the back seat and Ben and Mary Bridget in front. We’re heading for Strasbourg, capital of Alsace, and I am becoming aware that I will have the flu. Always, it seems, halfway through these European trips, I break down in some way, catch my breath, and then am good as new again, so I’m right on schedule this time too. All three of the French engagements were wonderful for Big Brother, Paris, Saint Dié and Compiègne. The crowds were enthusiastic and we played well. 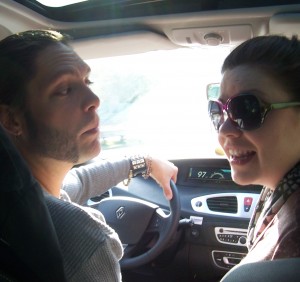