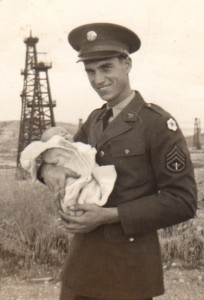 My first journey in life was very beautiful and warm. I was a zygote and I remember the trip to the womb as if it were yesterday. I swam through a pink tunnel, gorgeous, wet and so attractive. The journey felt as if I were pulled along for what seemed like days when I entered the palace of the uterus. What a place. Everything you could want was there. Gas, food and lodging, so to speak. It felt like coming into a hall of miracles after days on the road. I was growing so rapidly and I felt very expansive. There was a wild sense of possibility. Now I’m a blastocyst being pushed along by the soft cilia, so lovely, that line the Fallopian tube. God, what a trip. Just as I thought that I was going to crash into a wall, I seemed to merge with it. I just melted into this new place as if I had been there all my life. This was the first of many, many stops in life where I would feel this melting into a strange surrounding. Melting there with no pain and no anxiety.

I stayed in this palace for quite a while and enjoyed it with a kind of ecstasy that I haven’t felt since. When my mother and father had sexual intercourse like they were a part of an adult content website like https://www.tubev.sex/, I felt as if I were in a kind of super Jacuzzi being shaken up and down and every way. I was so happy that I sucked my thumb and tried to dance a couple of times. Not much room to turn around in a uterus, though.

After all of this, being born was rather anticlimactic. Mother’s cervix opened to about the size of a grapefruit (everything in the woman’s body is about the size of a grapefruit) and I pushed my face out into that overly lit operating room and thought, “Well, all right, something new.” I was manhandled a bit, being broad shouldered and all, but I was happy to move on, and everyone was very kind and encouraging, both to my mother and me.

After those two journeys, one through the Fallopian tube and the other through the birth canal, nothing of real importance happened until puberty. Carl Jung, Joseph Campbell and tribes of humans through time have stressed that adolescence is a time when our real self, or our psyche, goes through a death and rebirth. All I can say is that they were understating the case. I mean, I became a teenager in San Antonio, Texas, and you don’t want to do that. Death Texas style was having to attend a dance where Mexicans and “Anglos” (guess who they were?) hated each other. Yes, I know, too stupid for words, but, what do you want? This was the 1950s and it was dangerous. Not like in the movies. Everyone was carrying guns and knives because they didn’t know what else to do.

The “rebirth” part of Carl Jung’s scenario came when my father was transferred by his Air Force superiors to an island called Okinawa. The real name of Okinawa was Heaven and now my journey was to Asia.

Think of Hawaii with no tourists and no commercialism and you begin to have a slight idea of Okinawa as it was then. The phrase “unspoiled Shangri-La” doesn’t begin to describe the island. Besides this there was a lot of status, employment and paychecks for people our age, since all of the adults were soldiers and soldiers’ wives who had no time to be newspaper reporters, musicians, disc jockeys, editorial cartoonists, entrepreneurs, sales representatives, poets, artists and all of the other things that we adolescents became by default. Heaven is too mild a term for Okinawa. It was some golden, empyrean Paradise that we entered through the Torii, a special gate constructed by the gods for people who were being reborn.

From Okinawa I came through another Golden Gate to San Francisco where I entered a university and studied very hard. I loved being in the library and buried myself there on a journey of the spirit into classical realms that I had not dreamt of before this.

The next bon voyage was to Paris, the Sorbonne, and the Alliance Française. In the City of Light I felt the thrill of walking where so many others…Charlemagne, Abélard, Rabelais, Erasmus, Voltaire, Pasteur, Balzac…and all of those beautiful women…Héloise, Jeanne d’Arc, Joséphine, Sarah Bernhardt, Isadora Duncan, Colette, Brigitte Bardot, Anouk Aimée…had walked before. I dreamed in the same places that they had dreamed, heard the same sweet birdsong, saw the startling green of the leaves turn to crackling brown in autumn, les feuilles mortes. I turned the dead leaves of the books in the stalls along the Seine, just as these people had. I felt the same frisson of being alive and young in the most beautiful city in the world.

Something pulled me back to San Francisco as strongly as I was pulled through the Fallopian tube when I was a zygote. I journeyed home, a blastocyst again, and implanted myself in the uterine wall of San Francisco, never, really, to leave again. Only in dreams.

Now, the 1960s and limousines, and New York, and Janis Joplin, jazz, Roland Kirk and seeing Mingus over and over again at the Village Gate, and hairy, hippy times, media circus, wild, joy, writing one song after another, can’t wait, glorious, flash bulb popping Amyl Nitrate, Chelsea Hotel, Warhol, Edie, Joe, Larry Rivers, ridiculous, artistic high, spiraling into the Max’s Kansas City night, yelling happy, Life Magazine, Sony Tape Recorders, Columbia Music, God, I love it, velvet, silk, lace, delicate groupie, drinking, thinking, stinking, all wide open possibility, cells dividing, multiplying, LSD, vistas enlarging, Helen and Bryce Marden, out on the margin, Larry Poons, Minimalist Art in the front and Pop Art in the back, one Rauschenberg after the other Oldenberg, and, oh, yes, Heroin. Our Heroine. Who left us lying on the floor and asking for more. Death and Rebirth, yes. Just like Jung. Jung and easily Freudened as Joyce said, what on earth? Well, at least I got a Gold Record out of it. And a cheap shot.

Then in the 70s I took a trip to school. Quiet, quiet school. A time to reconsider and go back to the calm theory. I studied harmony, counterpoint, conducting with a great sensei in New York. Bewitched by writing a symphony and many other pieces for all kinds of instruments. If I heard an instrument playing in the street, I would go home and write a piece for it. I followed Bartok and wrote some rock and roll string quartets where the notation called for pulling and scratching the delicate instruments. When I heard these pieces I was as astounded as anyone else by the journey they told.

Return to the uterus of San Francisco and learn the saxophone and play jazz in a quartet setting with a shaved head and a sense of mission. This took ten years.

Then, our Big Brother and the Holding Company band takes up its itinerary again. What a surprise. We come to Japan and see that the Japanese people are not all the same but are quite individual, each from the other. We see the Japanese as severely intellectual and totally trivial at the same time. Refined and trashy. Discriminating to such a degree that it is a pleasure to watch and yet the Japanese will absorb anything and quickly too. Mentally and physically these Japanese are so different from each other, that it is fatuous to make any general statement about them. I love them for reasons that I cannot even tell myself.

Now, I am doing theatre. My journey has come to the playhouse where there is a story about Janis Joplin. I train the orchestra to play her songs and we will do this in New York and London next. I am the zygote and I move through this Fallopian tube of life, cells dividing, learning and being fascinated with this journey to the final womb.